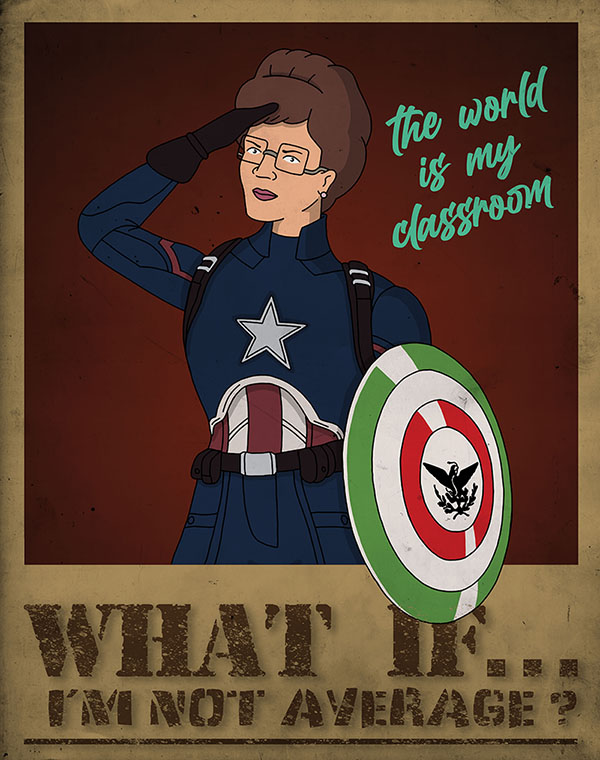 Peggy Hill is such a strange character, sometimes you love her sometimes you hate her. She is a substitute teacher and she proclaims her self as the best, she thinks her Spanish level is great but in reality it is not.

I started doing some research on Second World War posters but ultimately I ended up my research when I found these two great posters, one from Captain Carter and the other from Captain America, these two where my base for the final proposal. 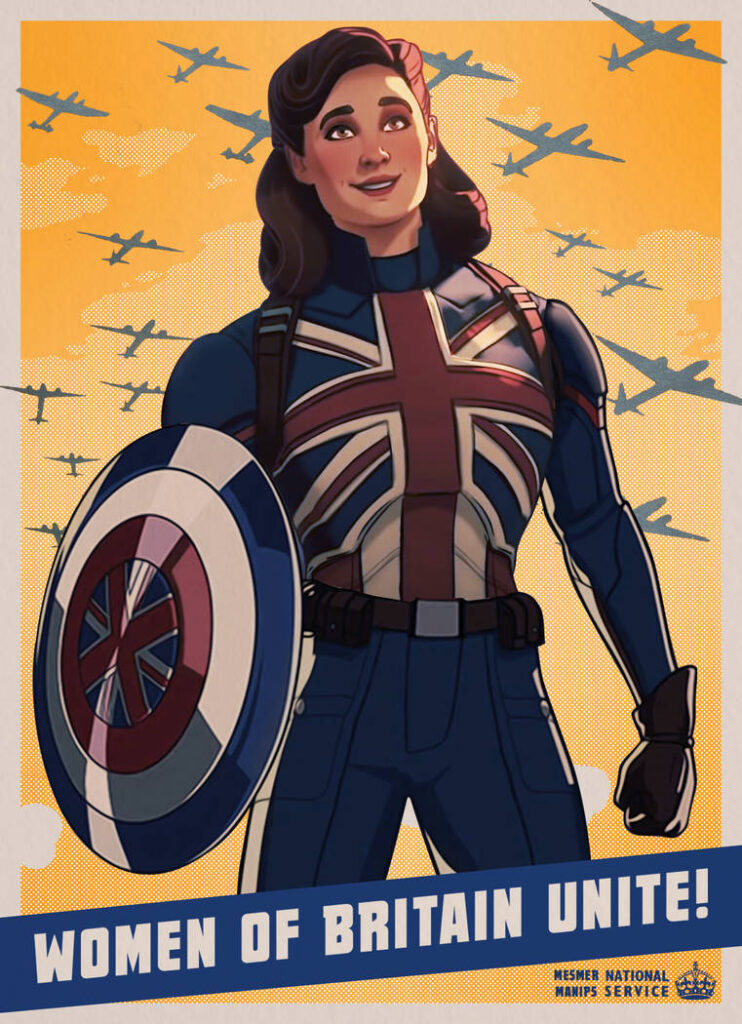 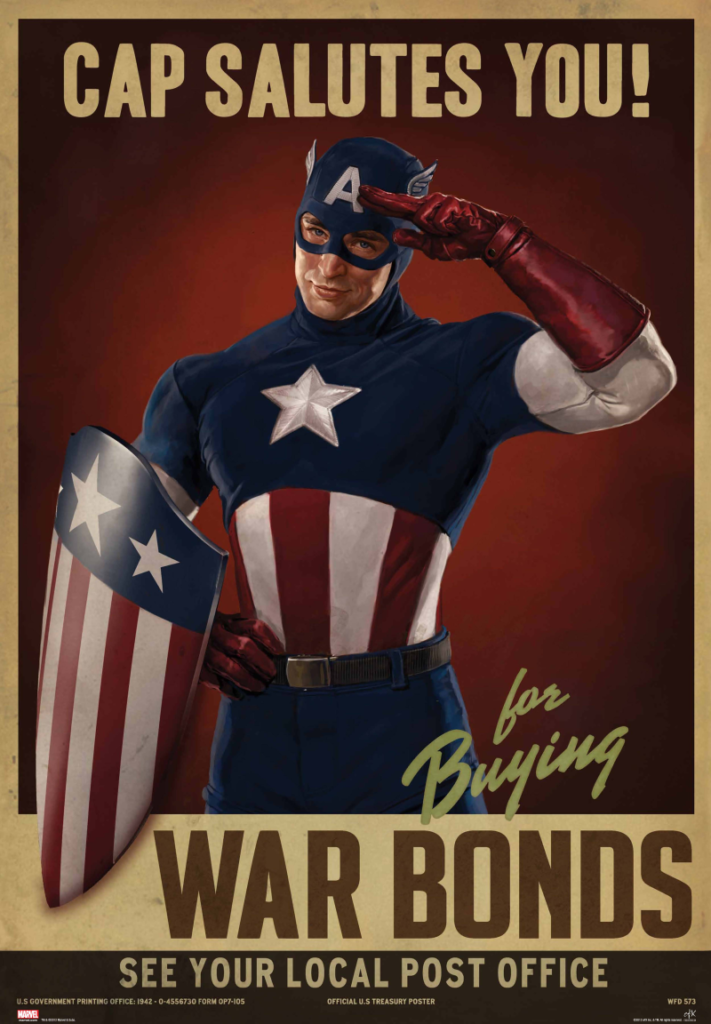 Since I already had the two previous images as references, I started building on Photoshop a collage where I was cutting and deforming some of the pieces. From the rough base, I started erasing and tracing some areas that where going to be useful. From there I cleaned it a lot until I was able to trace a perfect line art for the character.

The color palette was based directly from Peggy Hill in the HD episodes from King of the Hill, and for the captain suit I included the tones from the American flag. 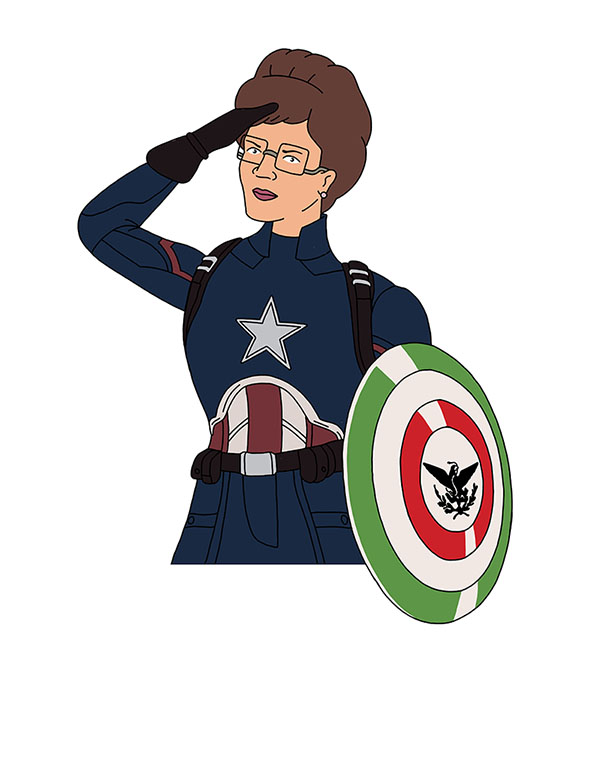 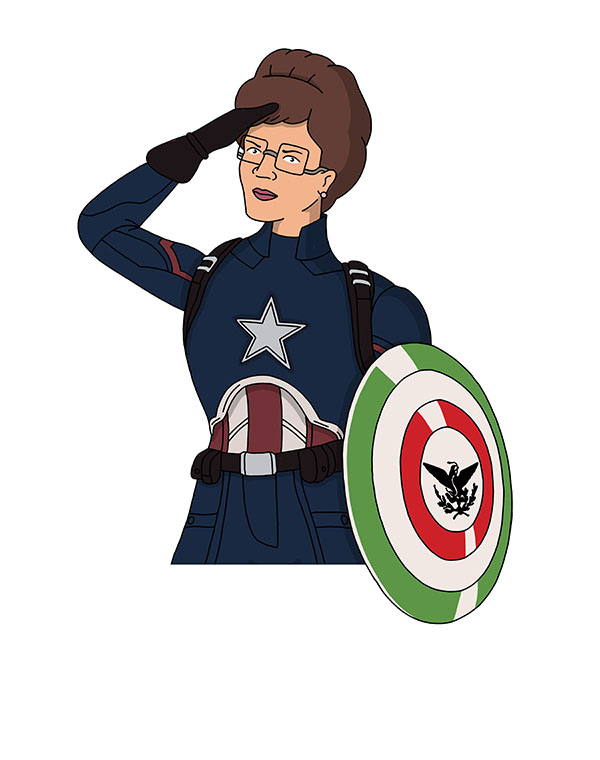 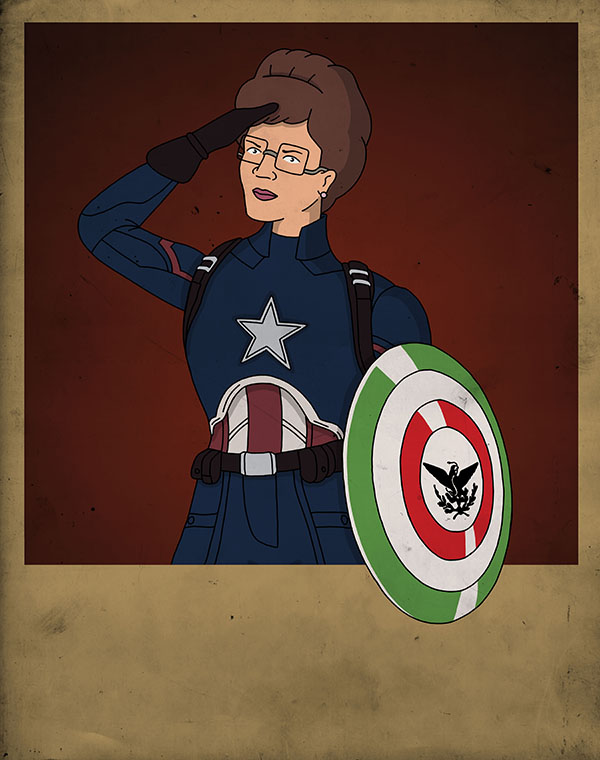 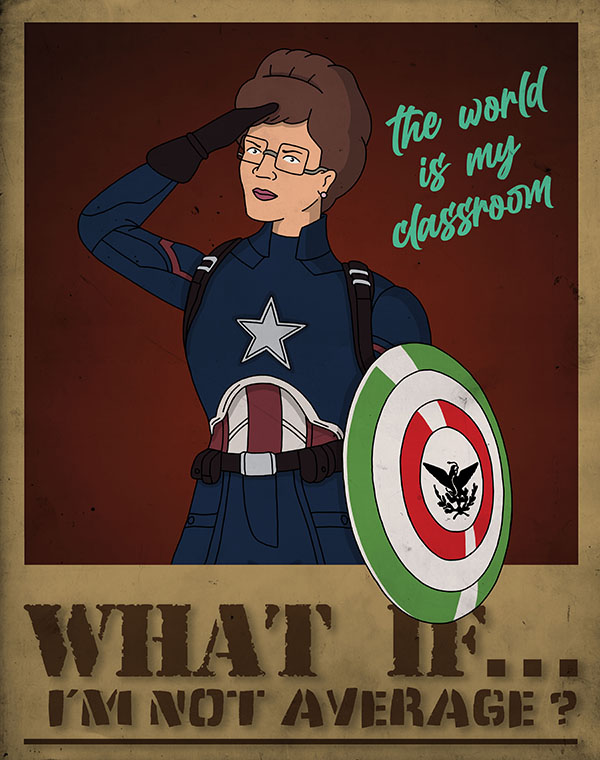 For the text , I chose two fragments of dialogue from two different episodes

“Although I’m Not A Teacher At School This Week, The World Is My Classroom.”

and for the bottom part I changed it a bit

“What if I’m not as smart as I always thought. What if I’m… average?.”

I chose for the first text a typography that could be written by someone in this case maybe Peggy, and the second one it is a combination of ARMY Stencil inspired typography.

The animation was done using Cinema 4d, After Effects and the Red Giant suite, it was based on the great work of Reijo Palmiste and his Captain America shield found on dribbble.

You can buy many interesting products based on this design on my RedBubble website. 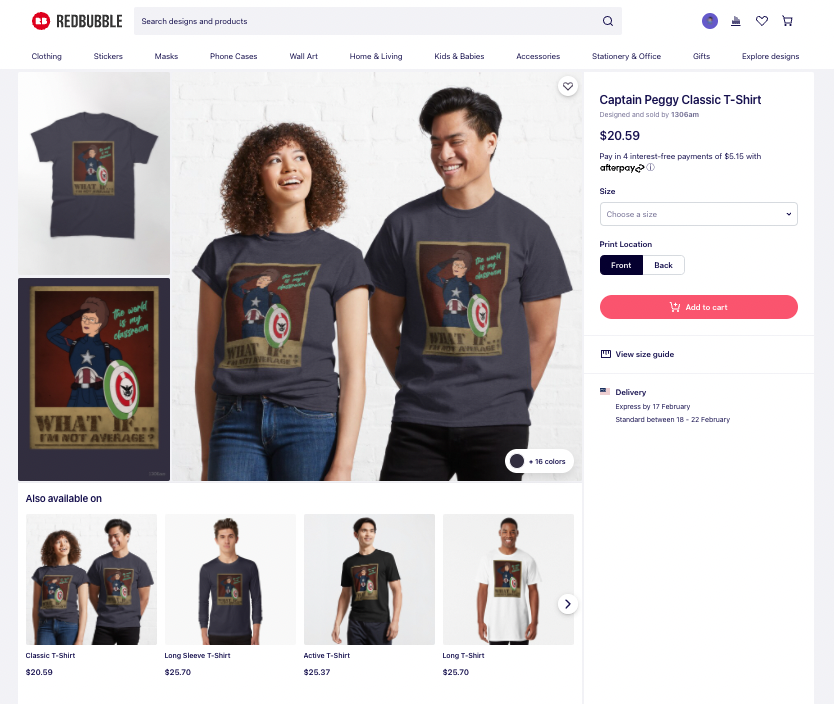